The N+1 HA feature builds upon the N+1 redundancy model by allowing a single WLC (Wireless LAN Controller) to be deployed as a backup for multiple primary WLCs. N+1 deployment requires additional AP licenses to be purchased for the backup WLCs which are unused during normal operation.

With an N+1 HA-SKU deployment a WLC is deployed as the backup WLC for multiple primary WLCs without any additional permanent AP licenses being required (see Figure 1). 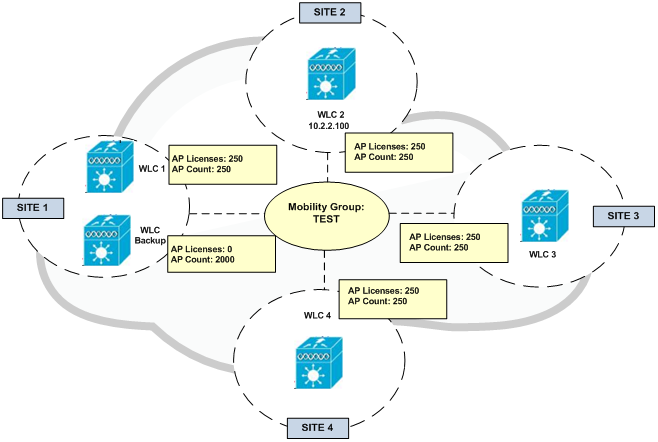 WLC redundancy can be provided within the same site or between geographically separate datacenters. The HA WLC is managed independently and does not share configuration with the primary WLCs. Each WLC needs to be configured and managed separately. The necessary WLANs, AP Groups and RF Groups must be defined on the Backup HA WLC to ensure seamless operation during a failover.

The example shown in Figure 1 demonstrates a N+1 HA deployment for a 1000 AP deployment. Primary WLCs have 250 permanent AP licenses installed. The Backup HA WLC model is selected to initially support 2000 APs and provide room for future growth. APs connected to WLC-1, WLC-2, WLC-3 and WLC-4 are configured to use WLC-BACKUP as their secondary WLC. 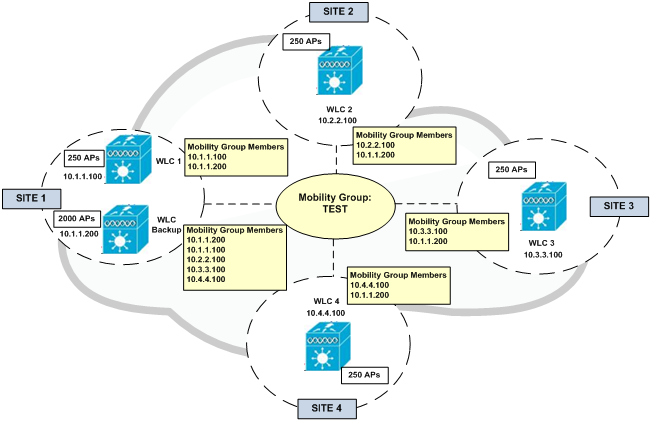 Figure 3 shows an example of the configuration of an AP in Site 2. It has configured its local WLC as Primary and the Backup HA WLC as Secondary. This can be done once the AP registers with its Primary local WLC. 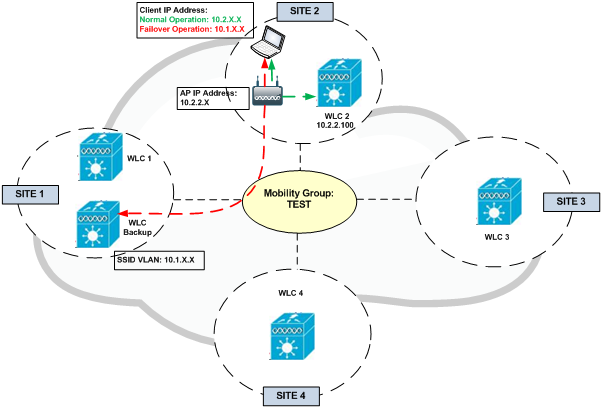 The topology shown in Figure 5 demonstrates a HA-SKU deployment where WLCs are connected to a VSS pair of distribution switches within the wireless services block. 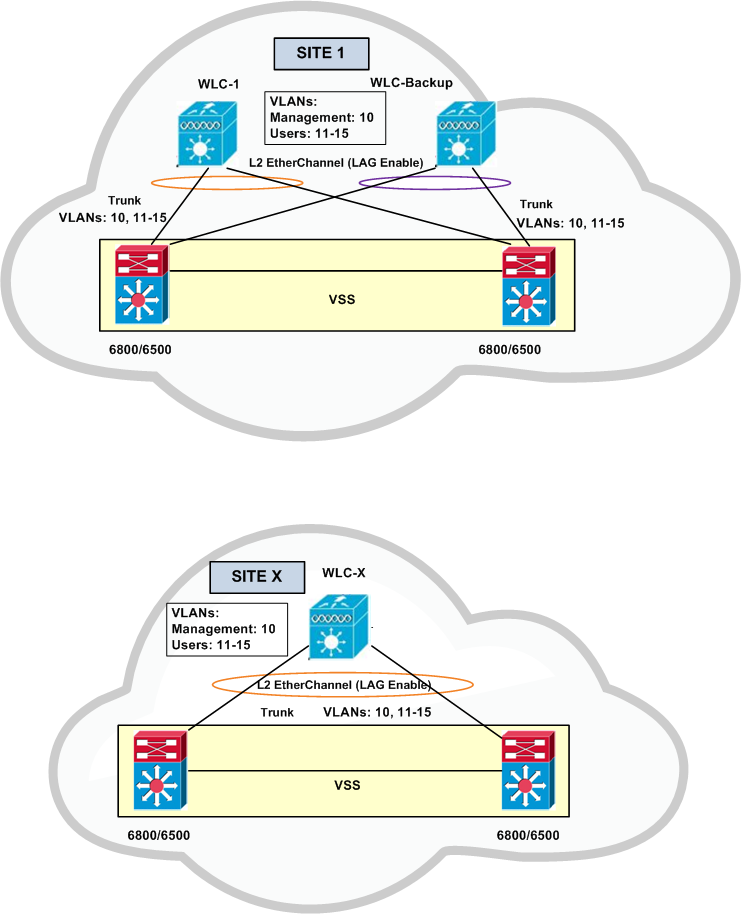 An N+1 HA deployment can consist of WLCs of different models as primary and WLC HA-SKU backup.

As explained before, N+1 HA redundancy architecture provides AP failover in the event that a primary WLC becomes unreachable. This architecture impacts wireless services while APs detect that their primary WLC is unreachable and failover to their secondary. To provide HA without impacting service, there needs to be support for seamless transition of both APs and clients between WLCs. The WLCs implement both AP stateful switchover (AP SSO) and client stateful switchover (Client SSO) to provide zero client service downtime and prevent SSID outages during a WLC failover.

HA stateful switchover (SSO) is the recommended HA deployment architecture for a CUWN (Cisco Unified Wireless Network). This design builds upon the N+1 HA architecture where two WLCs are deployed as a 1:1 primary/secondary pair. The current configuration as well as AP and client state information is automatically synchronized between the primary and secondary peers. For most deployments the primary WLC has the permanent AP licenses installed while the secondary WLC is a HA-SKU (see Figure6). 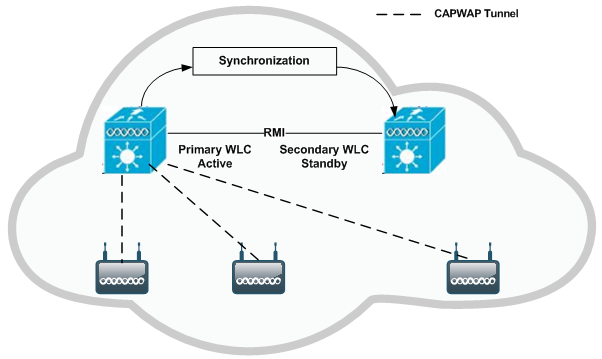 The HA-SSO architecture consists of both AP and client SSO which combine to provide sub-second failure detection and failover without impacting wireless services to clients.

AP and client SSO is supported by:

When implementing HA-SSO, there are some design considerations that should be made. Refer to Enterprise Mobility 8.1 Deployment Guide for further details. 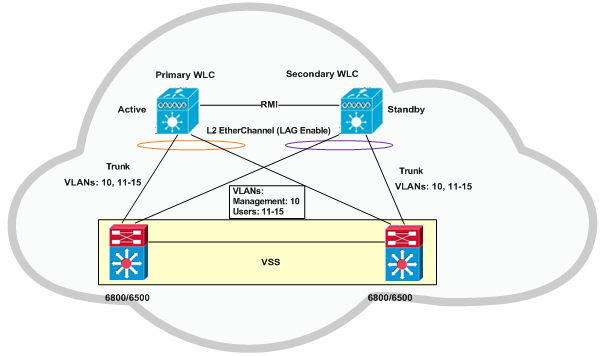 For large Cisco Unified Wireless Network (CUWN) deployments both HA-SSO and N+1 redundancy can be combined to provide AP failover in the event that SSO-HA WLCs become unreachable. This is the recommended design for a large CUWN deployment where different HA-SSO pairs are assigned to service APs within a defined geography such as buildings or floors.