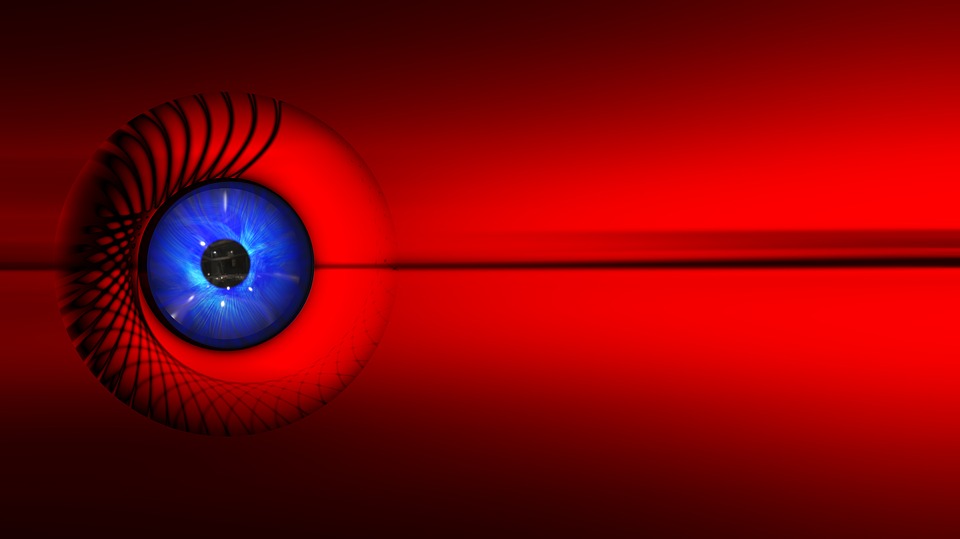 Software Defined Networking (SDN) is a network architecture that simplifies network management and enables innovation in communication networks. SDN decouples the control and data planes; the control plane is logically centralized and makes the decisions that the data plane implements: the network becomes “programmable”. This separation of the control and data planes in SDN opens security challenges, such as man-in-the middle attacks, denial of service (DoS) attacks, and saturation attacks. 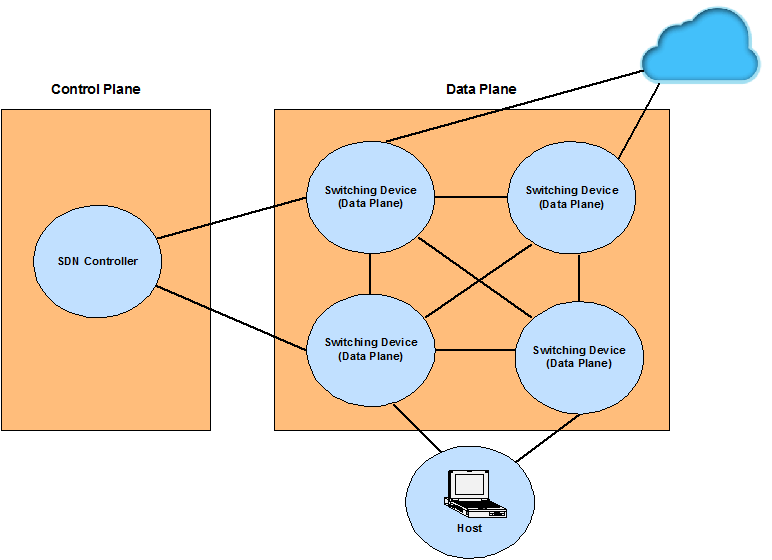 SDN architecture allows networks to monitor traffic and recognize threats to enforce security. The centralization of the control plane in a controller enables the distribution of security policies with no risk of policy collisions. These run-time decisions are able to update the security policies or add new security modules to the controller platform to face threats. The result can be rerouting or blocking traffic within a particular network area rather than changing the hardware or updating its firmware.

On the other hand, network security in legacy network architectures is considered as an overlay which relies on manually conﬁgurable perimeter-based solutions. The manual configuration of security systems such as ﬁrewalls, intrusion detection/prevention systems (IDS/IPS) and IPSec technologies are prone to errors and policy conﬂicts can happen which results in serious security breaches.

However, SDN has its own challenges and limitations in terms of security. Since a centralized controller is responsible for managing the entire network, the compromise of the controller can compromise the whole network. Therefore, securing the network from malicious applications or attacks is a key security challenge in SDN. Network security is the foundation of a successful network and communication between end devices must consequently be secured.

Planes separation and centralized control plane functionality to a controller can be essential to the future of networking; however it also opens new security concerns. The control plane is more susceptible to attacks, especially DoS and DDoS attacks which can take the whole network down if the SDN controller is compromised. Communications between SND nodes must be secured and these resources must only be visible to legitimate applications.

Generally a DoS attack targets multiple devices and tries, for example, to bring the CPU down to negatively impact the throughput and the service that one end device is providing.

In traditional networks, it happens on a per device basis and in most cases a DoS attack is isolated to a specific device. 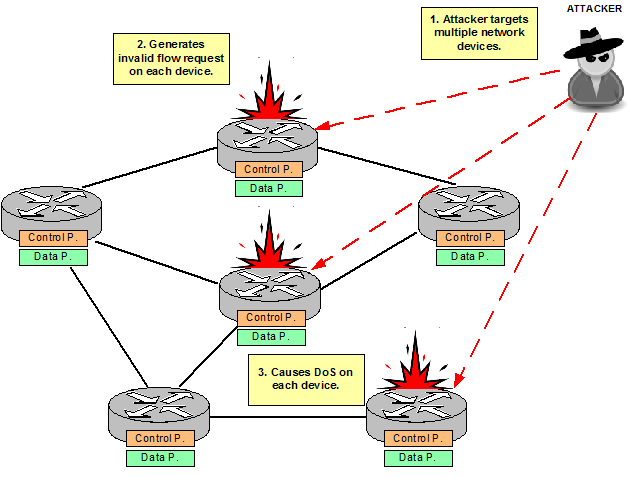 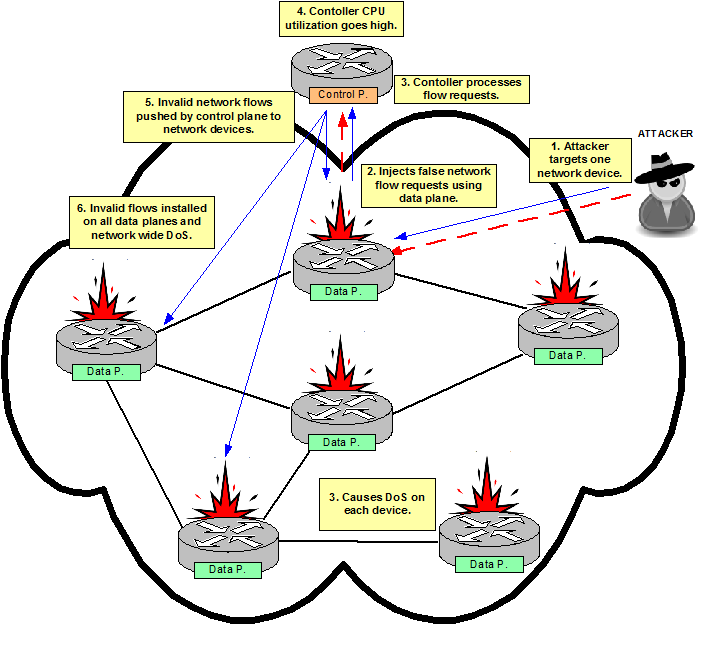 Security measures can be categorized in two types: Security for the SDN and Security by the SDN.

Security for the SDN

The SDN functionality itself must be protected as each layer in the implementation has its own perimeter. This is known as Security for the SDN.

It is important to keep in mind that the security tools and knowledge you have can play a significant role to deploy SDN in you network.

The following table covers some threats that you might face during SDN operation and some security measures that can help you to prevent any harm.

Security by the SDN

Components of a SDN must provide a secure perimeter around services and access; this is known as Security by the SDN.

These are some security features that the SDN architecture provides:

Security is one of the top concerns that need to be addressed when deploying SDN. SDN Architecture allows security to be integrated from day one and it is not considered as an overlay like in traditional networks. However, traditional security may not address the needs of SDN. This new architecture brings new vulnerabilities and might change the way common attacks impact on the network. Therefore, multiple layers of security are needed. Each component that shapes the SDN architecture must afford its own protection as well as additional security precautions can be taken to enforce and guarantee extra protection.